Taking down the counterfeiters: UAE gets tough on fake goods 12-12-2019

For years, cheap copies of genuine brands have been sold in markets and shops across the Emirates and around the world.

From cut-price cosmetics to leather goods and spare car parts, illegal networks have been making huge profits from the less discerning shopper.

But now experts are working to crack down on the battle against fakes, seizing counterfeit products and arresting traders.

According to the Department of Economic Development in Dubai, the value of fake goods recovered in 2018 amounted to Dh332 million, a significant drop from Dh1.6 billion in 2016.

And as inspection campaigns increase and technology becomes smarter, fewer products are making it to retailers’ shelves. 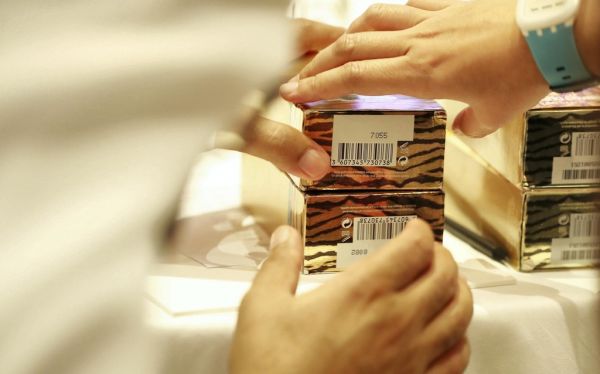 “The UAE is very proactive in fighting the trade of fake goods and we are seeing the results,” said Hatem Ghani, partner at The Legal Group, a leading law firm in Dubai.

“The quality of counterfeit items is improving day by day [but] the UAE is collaborating with global brands and using technology to identify genuine from fake.

“It is important that brand owners, legal teams and government entities continue to collaborate to combat this illegal trade.”

The global trade in counterfeit goods is currently estimated to be worth $509 billion dollars annually.

A report released by the Organisation for Economic Co-operation and Development earlier this year said the majority of products are seized up in customs checks in mainland China and Hong Kong.

But other "major points of origin include the United Arab Emirates, Turkey and Singapore”, the OECD said.

While trade in counterfeit goods has risen steadily in recent decades, governments are tightening regulations to curb the issue.

During a workshop in Abu Dhabi on Tuesday, TLG offered training to Abu Dhabi Police and Customs officers on how to spot counterfeit products.