A step-by-step guide on what to expect if you file a rental case.

Dubai: Thinking of filing a rent dispute case in Dubai, but not sure what to expect? Legal procedures can be difficult to track and complete if you have no prior experience. However, if you are a landlord or a tenant and wish to file an official case disputing a rent increase or non-payment of dues, it is important to have an understanding of the legal framework that is followed in such cases.

Two experts for The Legal Group Advocates & Legal Consultants (TLG) – Esraa Rhibani, a Litigation associate and Shishira Johny, a Corporate & Commercial associate – spoke to Gulf News about the law that is applied in the emirate of Dubai and explained the detailed legal process that is followed. So, if you are planning to file a rent-related dispute in Dubai, here is a step-by-step breakdown of what to expect.

The Law and the Governing Bodies

Step 1: File a case before the Mediation and Conciliation Directorate

The first step that is followed for rent-related disputes at the RDSC is an effort to reach an amicable agreement. So, the case first needs to be filed with the Mediation and Conciliation Directorate. As the name suggests, the directorate hears case and proposes a settlement to the parties, while reconciling their points of view.

“It is interesting to note here that in the event that the matter is resolved amicably before the magistrate’s judge, half of the fees paid in registering the case will be refunded to the party. This encourages both parties to find an amicable solution to disputes and also reduce the burden on the courts,” Shishira Johny, corporate and commercial associate at TLG, said.

How long does the process take?

The directorate seeks to amicably settle the rent dispute within 15 days from the date of appearance of the parties before it. This period may be extended for the same period or for a period as decided by the judge supervising the Mediation and Conciliation Directorate.

What happens if the issue is reconciled?

In the case of reconciliation, the settlement is documented in an agreement, which has the force of a writ of execution. In other words, it is considered a court order which can be taken to any relevant authority for it to be executed.

If the issue is not reconciled, you can proceed to the next step.

Step 2: Case gets referred to the First Instance Division

The case is then heard by a tribunal at the First Instance Division. Once the division adjudges the case, it will issue a judgement.

“Judgements of the First Instance Division can be appealed to the Appellate Division, with the exception of judgements issued in rental claims whose value is less than Dh100,000, which shall be final and not subject to any form of appeal,” Esraa Rhibani, litigation associate at TLG, said.

Deadline for appeal judgement
You can appeal a judgement within 15 days of the date of the hearing in which the judgement was issued.

To submit an appeal of a judgment issued by the First Instance Division in cases of financial claims, you would need to deposit of the judgement amount with the RDSC until the appeal is determined. However, the chairman of the RDSC may also decide to admit the appeal without the deposit of that amount or upon partial payment.

Step 4: Execution of the final decision

If the judgement is issued in your favor, where you are considered ‘the offended party’, you would need to open an execution file in order to proceed with the enforcement against the convict in the event of non-payment within the specified period. This will stay the same, whether you receive the judgement from the initial mediation, the First Division or Appellate Division.

The execution file will then enable you to receive your financial dues, after the executive bodies take the necessary steps. 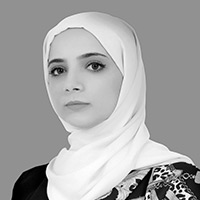 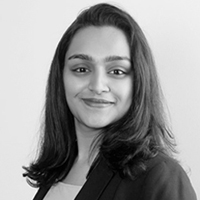