Dubai: A property owner in Dubai is finding that spending more than Dh89 million on acquiring a plot and building a bespoke villa is not enough to stake permanent ownership. Not when the developer failed to register the sale of the plot - which cost Dh43 million plus - in the Land Registry records maintained with the Dubai Land Department (DLD).

Now, the property owner has filed claims against the developer for mis-selling and seeking compensation and damages for the Dh85 million he has spent so far. “A person only becomes the rightful owner of the land upon registration and handover of that plot,” said Saif Saeed Alshamsi, the lawyer at The Legal Group, which is representing the investor.

"Thus, the registration of the land in the Land Registry is the most critical part. However, the developer failed to register, even knowing that the buyer paid the full amount for the registration fees (around 1.7 million). And then handed over the plot claiming that he is now the rightful owner.” (The plot was bought by this investor in 2016.)

The case is now before the Court of First Instance, and could turn out to be a landmark in defining the exact point when the rights of a property investor in Dubai are fully vested. 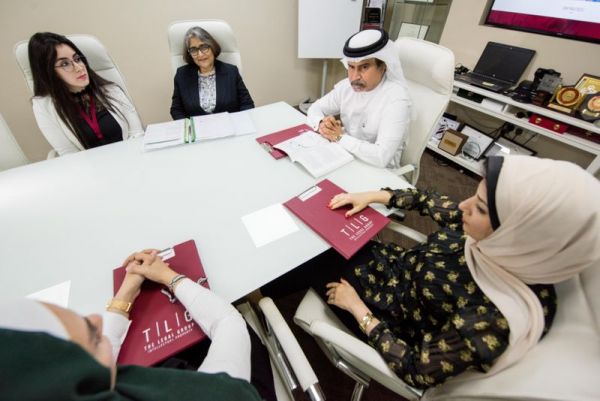 Saif Saeed Al Shamshi of The Legal Group says the developer needs to assume responsibility
for filing the plot transaction in the Land Registry.

What set this off?

It was only after a Dh43 million villa was completed in 2019 that the investor came across some troubling information - that the plot which he thought he owned in full still “belonged to another”. The claim to the plot was made by the original plot owner, who at that time paid Dh5 million to acquire it.

The developer seems to have overlooked this detail in selling the land to the current “owner”, and compounding that error, failed to notify the transaction in the land registry. Investors need to double check “As long as the plot is not registered in the Land Registry, you do not own it,” said Alshamsi. “Property investors must make sure of that, because even a big developer made the mistake of not registering the plot knowing that they had received registration fees of Dh1.73 million.”

What does the 'owner' want?

Obviously, the owner is seeking full compensation for the investments he had committed. For this, he wants the court to direct the developer to terminate the SPA (sale and purchase agreement). This would total Dh89 million plus and change.

He also wants the court to direct the developer to return the Dh1.73 million incurred as “registration fees”. It doesn’t end there - the owner is also seeking an additional Dh40 million as “moral damages” plus interest costs. According to Alshamsi, the developer involved cannot wash its hands of its responsibilities.

The law is clear
According to article (1277) of Federal Law No. (5) of 1985 of the Civil Transactions Law, the ownership of immovable property are not transferred except by registration. All transactions that create, transfer, change or cancel rights over land in Dubai must be registered at Dubai Land Department.

An out of court settlement?

On whether the property investor wouldn’t be better off trying to seek an out of court settlement with the rightful owner of the plot - more so as millions more were spent on building a villa - the lawyer said: “The current property owner is not involved contractually with the previous land owner. Both of them are contractually involved with the developer only.

"So, the onus lies solely with the developer.”

Can make the return
One of the effects of the real estate sale contract is the obligation of the seller to transfer ownership to the buyer in accordance with Article (511) of the Civil Transactions Law. If it is impossible to implement this obligation, the buyer has the right to request its termination and return the contractors to the state they
were in before the contract. The buyer can recover what he paid to the seller for breaching his obligations.