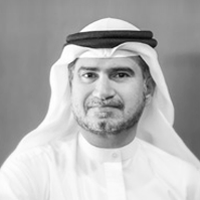 Saif Alshamsi  is the founder and senior partner of The Legal Group, Head of the Litigation Department and the chairperson of the firm’s decision-making bodies. His guiding philosophy of an unwavering passion for excellence has led the firm through its continuing success.

Saif has earned considerable recognition from his clients and the legal fraternity for his ability to offer simplistic yet effective solutions to the most complex problems. His clear and pragmatic approach towards the practice of law has given him wide acclaim in several high value and complex legal matters.

We at The Legal Group value and respect our founder and hold him in high regard for his constant training and teaching to our team, associates and staff.

Hatem relies on his deep knowledge and expertise in Intellectual Property Rights in providing insightful advice particularly in relation to the brand protection strategies of his portfolio comprising over a hundred high profile international clients. Due to his high level of competency in this area, Hatem is widely acknowledged as an expert to conduct trainings on behalf of his clients, for the Intellectual Property enforcement authorities in the MENA region focusing on eliminating counterfeiting activities.

He has gained specialist experience of over twenty years in the area of Intellectual Property Rights beginning with an assignment in an English company and later a local law firm before joining The Legal Group. Hatem has also held a lectureship in the Jerusalem Open University for three years.

A member of the International Trademark Association for over a decade, Hatem has received invitations by the Japanese Trademark Organization, to deliver lectures on Intellectual Property enforcement in the Middle East. In 2010, he was invited by the American Patent Office to give a lecture on Intellectual Property enforcement in North Africa. His contributions have been instrumental in carrying out enforcement activities in several areas of the MENA region.

Hatem graduated with a degree in Economics and Political Science from the Andhra University, India and further obtained his Post graduate qualifications from the famed Aligarh Muslim University in India.

His prior experience involves practicing as an advocate in a law firm in Jordan where he gained dynamic exposure in diverse areas including Intellectual Property rights (specifically Trademark protection), customs, civil, real estate and employment.

He takes the initiative in organizing and conducting trainings as well as presentations for several Intellectual Property Rights enforcement authorities across the MENA region.

Ahmad obtained his Master’s degree in International Commercial Law from the United Kingdom. He is a member of the Emirates Intellectual Property Association, Jordan Bar Association and International Trademarks Association.

Madiha assists international clients across the MENA region, primarily in the fashion, luxury, retail and technology sectors on contentious and non – contentious matters pertaining to their intellectual property rights and litigation needs.

She brings to the team a strong understanding of the regional regulatory framework, ensuring that clients are provided legal solutions consistent with their business objectives and operational needs on a range of transactional, prosecutorial and enforcement matters.

With an academic background in law, strategy and project management she has legal and corporate advisory experience in areas of intellectual property, corporate governance, dispute resolution and real estate arbitration.

Jamila has focused on handling all dispute resolution and enforcement cases relating to the Intellectual Property requirements of clients.

A member of the International Trademark Association, she regularly attends trainings organised by various Government Departments and Trade Commissions in the UAE and abroad in an endeavour to keep constantly updated.

Armed with a post graduate Degree in Business Law from a French University and proficiency in French, English and Arabic, Jamila also has an enriching experience in Intellectual Property Rights in the GCC and MENA Region to complement her academic credentials. Her prior experience includes specialisation in due diligence and various other aspects of Corporate Law.

Althea has gained considerable legal experience with a focus on the enforcement of Intellectual Property rights in the MENA region. She has been able to leverage her expertise in providing customized solutions that have gained the appreciation and confidence of her portfolio of international clients, specifically in the automotive industry.

She started her career with a prestigious law firm, practicing as an advocate in the High court of Kerala, India. In Dubai, Althea had the privilege of working with prominent legal consultancy companies, before joining our team.

She is a member of the International Trademark Association, the Bar Council of India and the Bar Association of India.

Althea has to her credit, a degree in Law from the Mahatma Gandhi University in India and additionally specialist qualifications in Aviation law and Air Transport management.

For both the international and domestic markets, Mohammad has extensive experience in conducting clearance searches and advising on searches, providing practical and commercial advice on infringement issues, filing strategy, portfolio management and portfolio review. He prepares files and prosecutes of national and International trademark applications.

Mohammad has been active for many years in running large trademark portfolios for large multinational corporations including those in the cosmetics and garments industry, insurance and financial services, spare parts industry and many other sectors.

He frequently appears for clients in hearings at the UAE Trademark Office before the Opposition Divisions and Boards of Appeal, both opposing third party trademarks and defending against oppositions by third parties.

Mohammad Al-Sharif graduated from the Princess Sumaya University for Technology in Amman-Jordan with a degree in Computer Science.

Faith has a vast experience working as an Assistant and Administrator in different industries such as retail, real estate, and engineering.

She obtained her bachelor’s degree in Business Administration in the Philippines where she gained significant knowledge and skills.

Before joining TLG, Faith was working as an Assistant and Office Administrator in a Law firm in Dubai where she developed her interest in Intellectual Property.

Her goal is to increase the productivity of her team by assisting with their administrative needs and guaranteeing clients’ satisfaction. 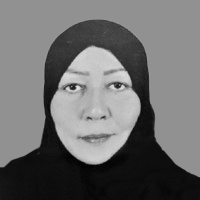 Raisa has vast experience and a clear understanding regarding the laws and procedures of the Courts and Arbitration centers throughout the U.A.E. This helps her gain deep insights into the client requirements and their court cases and provide sound legal advice as well as appropriate solutions.

Raisa has a post graduate degree in Law from The University College of Ajman City. Also, she is a licensed Lawyer and Arbitrator.

She has completed several courses and received certifications from various Courts and Arbitration Centers around the U.A.E, in different aspects of Law. 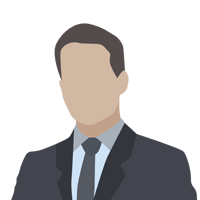 Esraa graduated with the highest degree of excellence from the University of Sharjah where she pursued law studies. She is responsible for all litigation and dispute matters. Her expertise consists of legal representation for a wide portfolio of clients, providing legal advice on the most challenging disputes. Esraa is specialized in drafting legal documents including civil, commercial and real estate, as well as managing execution files. Together with the team, she has won numerous cases for her clients.

Dema is currently practicing as a legal consultant in the Intellectual Property (IP) Litigation Division, where she has been since 2016. Her specialties include litigation pertaining to trademarks, copyright, patent, unfair competition and other IP related cases.

Dema has gained extensive experience working with civil lawsuits and cases in all courts including the first instance, appeal and cassation courts. Together with the team, they have won many cases for our clients.

Cases won consist of cancellation of trademarks and tradenames, cases related to patents, compensation and other civil claims. In addition, she works on cases related to unfair competition and is adept at the enforcement of judgements, so clients receive what they have been awarded.

She has also written many articles on her area of expertise that can be found on her LinkedIn profile and the TLG website.

Dema graduated in Law at Damascus University in 2015 and registered on the Syrian Bar in 2016. She is also registered as a legal consultant in the UAE since 2018.

Experienced Legal consultant with a demonstrated history of broad set of skills applicable across different sectors and roles. Having progressive ten years of experience in Legal sector with rich knowledge of intellectual property laws.

Rania has immense experience and a clear understanding of the laws and the Court procedures throughout the U.A.E. This helps her gain deep insights into the client requirements and their court cases and provide sound legal advice as well as appropriate solutions.

she is handling the Criminal disputes and enforcement cases relating to the Intellectual Property requirements of clients such as (Trademarks, industrial design, patents, Copyright and related rights, parallel import) as well as representing various international clients before the Public Prosecutions and Criminal Courts in the UAE.

Rania gained strong experience in Trademarks registrations oppositions and Appeals, where she appears for clients in hearings before the Trademark Office at the Ministry of Economy in UAE, both opposing third party trademarks and defending against oppositions by third parties.

She has prior experience in practicing as a lawyer in Egypt where she has legal advisory experience in diverse areas including Intellectual Property rights, Admiralty law, Civil, Real estate, Personal status, and employment. She is a licensed lawyer in Egypt since 2010 and a registered Legal Consultant in UAE since 2015.

Head of Corporate and Commercial Department and Senior Legal Consultant

Head of Corporate and Commercial

Ayesha Karim has over 20 years of experience as a lawyer in Dubai, and 10 years in India working with some of the most prestigious law firms.

Ayesha deals with both contentious and noncontentious matters relating to commercial, corporate, construction, employment, property, franchise, and agency law. She has advised foreign law firms on UAE law commercial and corporate clients that include multinational American, European, and UAE corporates. She is a member of the DIFC Pro Bono Committee.

In India, Ayesha is licensed to appear before all levels of courts and has worked with major law offices such as the offices of Hon’ble Justice Indu Malhotra, Judge of the Supreme Court of India, prior to her elevation as a judge, Singhania & Partners LLP, a large full-service law firm based in Delhi and in the law offices of Sanjiv Kumar, a well-known criminal lawyer and former member of the Upper House of Parliament in India. She has also written several articles and is also one of the authors of the Laws of the DIFC Volume 1 published by LexisNexis. 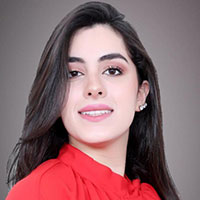 Hassan has a strong background of over eight years in research before joining The Legal Group. His focused efforts, dynamism and logical approach have constantly helped in bringing new levels of effectiveness and quality to the Research and Investigations team. His contribution has been pivotal in all aspects of the daily operations of his team.

Hassan has been extensively involved in coordinating and facilitating numerous brand awareness trainings for Customs and Police officers, anti – counterfeiting exhibitions and raids as well as brand protection trainings throughout the UAE.

Hassan’s academic qualifications include a Higher Diploma in Tourism and Travel agency management from the College of Professional Management, Britain, a Diploma in Project Planning and Management from the Institute of Uganda, Chamber of Commerce and Industry and also a Certification in Computer Applications. He has five years’ experience in the tourism sector also. 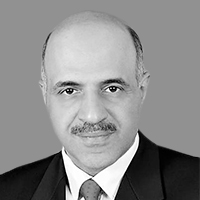 Soukaina has had the privilege of pursuing her MSc International Business at North Carolina State University in the U.S, and prior to that, she has completed her master's in management from SKEMA Business School in France.
She is trained in International business development and business consulting.