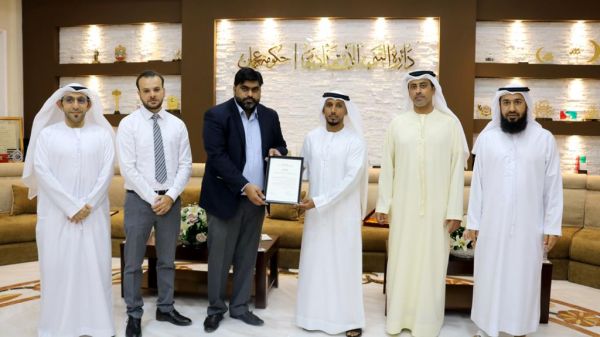 During the honoring of the Control and Consumer Protection Department in the Economic Department in Ajman, TLG has honored Mr. Hassan Ali Al-Shehhi, Director of Consumer Protection department, and both inspectors Mohammed Aqeel Al-Hammadi and Eissa Ahmed Ali, for their steady efforts and support in investigation and conducting successful raid actions against counterfeit goods on the market. Such sweep raids effectively send a powerful message among traders to prevent them from dealing with counterfeits, while safeguarding brand owner’s intellectual property rights and protecting consumers from harmful fake products.

The honoring meetings aimed as well to applaud the Control and Consumer Protection Department of their latest raid action conducted alongside TLG’s IP Team, which was one of the biggest raid actions of the year as yet, in which were seized counterfeit engine oils valued at Dhs.20million in the Emirate of Ajman. Upon confiscating more than 100,000 containers of bogus engine oils, the producing factory was imposed a fine and shut down.