The Supreme People’s Court of the People’s Republic of China, has recently rendered a trademark judgment in favor of Under Armour, Inc against Fujian Tingfei long Sporting Goods Co, Ltd for trademark infringement and unfair competition.

Trademark illegal usurpation in the field of sports apparel and athletic footwear is a lucrative business for infringers in China. In fact, many notorious American brands have been targeted by Chinese pirates such as Nike, Converse, and Vans. However, Under Armour broke the chain, by being the first American sports apparel company to win a trademark lawsuit in China.

Under Armour, Inc, is an American company based in Baltimore, Maryland. The company has been producing and selling Under Armour sports apparel, footwear, and accessories since 1996. Under Armour entered the Chinese market in 2010, which makes roughly half of its total Asia-Pacific sales.

Uncle Martian, is a subsidiary of Tingfei long Sporting Goods, (Tingfei long) established in 1991. Tingfei long is a shoe company, which has been selling shoes for over two decades, upon creating its subsidiary Uncle Martian, the company made its way into the high-end market of athletic wear, where Under Armour is part of.


In 2016, Fujian Tingfei long, launched its sports footwear line using their logo Uncle Martian, which represents a striking resemblance to Under Armour’s red and white color logo. With both logos having a stylized letter U with an inverted U directly underneath, the difference can barely be spotted at first sight.

After filling a lawsuit in the People’s Higher Court of Fujian Province, Under Armour was granted an injunction against Uncle Martian, stating that Uncle Martian’s act had infringed Under Armour’s trademark rights and the use of its tradename constituted unfair competition.

The Law
(i)    Trademark infringement:
Article 57 of Trademark Law of the People's Republic of China provides:

‘’Whoever uses a registered trademark or an unregistered well-known trademark of another party as the trade name in its enterprise name and mislead the public, which constitutes unfair competition, shall be dealt with in accordance with the Anti-unfair Competition Law of the People's Republic of China.’’
Based on Article 58, the Court Ruled that Tingfei long had violated the business ethics of good faith and fair competition.

(iii)    Damages:
Article 63 of Trademark Law of the People's Republic of China provides: 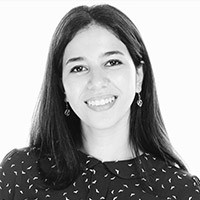